Nativity Jesuit Academy Announces Maureen Schuerman as its next President 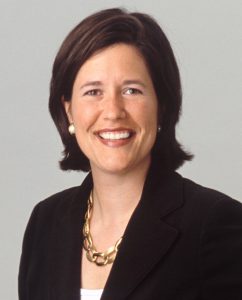 Nativity Jesuit Academy has appointed Maureen Schuerman as its next President, effective July 1, the school’s Board of Trustees announced today. Schuerman is the owner of a consulting firm focused on fundraising strategy and planning, and also served as the President of Dominican High School from 2005-2009. She will succeed Susan M. Smith, who has led Nativity for five very successful years, during which the school quadrupled its enrollment to over 250 students and completed a $5 million capital campaign.  Maureen will begin the transition on March 2, and then as planned, Smith will remain at Nativity until summer 2021 in a consulting/support role to ensure a seamless transition.

Schuerman has worked in Catholic education for over twenty years—beginning her career in fund development at the Woodlands Academy of the Sacred Heart, Marquette University, and St. Catherine’s School of Racine. In 2005, she became President of Dominican High School in Whitefish Bay, where she grew the school’s enrollment and annual fund, and led multiple capital improvements on the campus. Since leaving Dominican, Schuerman has worked as a consultant for organizations including the Archdiocese of Milwaukee, the Nativity Miguel Network of Schools, and Siena Catholic Schools, on projects related to strategic planning, board development, and fundraising. She also teaches at Marquette University as an adjunct professor in nonprofit management.

“I am pleased that the Board of Nativity Jesuit Academy has selected Maureen Schuerman as the next President of the school,” said Fr. Brian Paulson, S.J., Provincial of the Midwest Jesuits. Ms. Schuerman brings a deep faith to her work, and her experiences in Catholic school leadership will benefit the students and families of Nativity. I have faith that the Jesuit vision of Catholic education in Milwaukee will continue to thrive under her leadership, and I am grateful to the Board for its diligence in finding a worthy leader of this important ministry of the Midwest Jesuits.”

Nativity’s Board Vice Chair and Vice President of Operations and Client Delivery at M|GROUP Holdings, Inc, Andrea Scrobel, chaired the Presidential search committee. Scrobel noted that there was strong interest in the President position and that the committee was impressed by the depth of the talent in the pool of candidates. “That so many proven leaders were interested in this position speaks to Nativity’s strong position in the Milwaukee community. It is a school rooted in faith and dedicated to improving the lives of its students. We are excited to have Maureen as its next leader.”

Jay Schwister, Managing Director and Senior Portfolio Manager at Baird, who serves as the Chair of Nativity’s Board of Trustees and participated actively in the Presidential search, praised Maureen’s experience as a strong and faith-filled leader, and noted that Nativity’s search for its next President exemplified the school’s strength and stability. “First, I want to thank Sue for her inspirational leadership over the last five years. Our school would not be what it is today without her dedication. We are particularly grateful for Sue’s participation in the search for her replacement, and her eagerness to remain in a support role to Maureen as she transitions into this exciting new role. This will ensure that Nativity will be able to continue its wonderful work with the students and families it serves. We are delighted to welcome Maureen into this community and to work with her in the years to come.” Schwister’s comments were echoed by those of Fr. Paulson, who expressed gratitude to Ms. Smith saying, “I am confident that the excellent progress made under current President Sue Smith has created a solid foundation for continued success of Nativity‘s students, and extremely grateful for Sue’s steady leadership in this time of growth.”

Schuerman will lead Nativity through the completion of its strategic planning process, and looks forward to continuing the school’s legacy of high academic achievement and positive community relationships. “I could not be happier to be joining Nativity Jesuit Academy,” Schuerman said. “The school’s model is one of the strongest in the country, and I look forward to working with faculty, staff, students, parents, alumni, and donors to continue Nativity’s tradition of excellence and preparing Christian leaders in Milwaukee.”

Nativity Jesuit in the News